Stuff That Would Be Cool if it Happened

I have a deeply rooted, recurring fantasy that both Robert Pattinson and James McAvoy will fall in love with one of my screenplays and engage in an all-out effort to win my affections so I will choose one over the other for the coveted part. 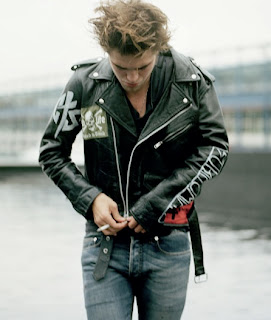 While such a thing would categorically prove to me the power of prayer (and go a long way toward undoing the scars inflicted upon my psyche the year I was 7 and Santa Claus "took a tumble"), my life will, somehow, still be complete if it never happens.

So instead of stalking yummy, uber-talented A-listers, I shall put my desire for their attentions on my list of Stuff That Would Be Cool if it Happened.

At the end of March, writer Cherie Burbach posted her list of such Stuff on her blog. 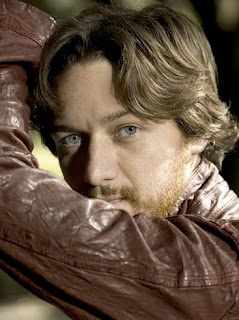 In Cherie's words, this is a list of really cool things... that if they happened would be just so great you’d pinch yourself. These aren’t goals, and they aren’t part of your bucket list, rather, they are things that you really don’t have any control over. Kind of like winning the lottery. You may buy a ticket, but the rest is up to the universe. Even if you buy a ticket every week, it’s not like “win the lottery” is something you can do. It has to happen to you.

(Now, one of the things on Cherie's list is "Write a Song." I might argue that writing a song rarely just happens. It takes conscious work, much like writing anything else. But she knows that, and she refutes my argument before I even make it. Her song-writing "cool stuff" involves collaborating with one of her favorite songwriters. She also recognizes that though she likes the idea of writing a song, she's not going to put her life on the line to make it happen.)

This gives me the courage to post my own STWBCiiH list. It's stuff that I'd love for the universe to smile upon me and allow to happen, that would grace my time on this planet and put a bounce in my step. Serendipitous stuff like, for instance:

Being Cast as an Extra Movie Rider. I have no delusions of acting ability. I have no desire to ever be in front of a camera and be required to emote on any level. But I would jump at the chance to put my entire life on hold and ride a horse as an extra in a film. Heck, I'd even pay my own way for the privilege. 'Cause it looks like it would be a blast. ("There's Mommy, dear. In the twentieth row, seventh from the left, on the big bay." How cool would that be?)

Skydiving. I know I could just open the Yellow Pages, make a call, and go for a free-fall. But flinging myself out of a plane is not something I want to do by myself. If I die, I want to die with friends around to mourn my passing. My friend, movie director, pilot, and fearless sky-diver Paul Martin swears he'll take me diving whenever we actually begin shooting a feature we have collaborated on. I keep telling him that this event should happen sooner, rather than later, because with age comes wisdom -- and wisdom suggests that jumping from perfectly good planes is something someone of my age should not do. But he's older than I am and he keeps getting up after hitting the ground. So this remains on the list.

Voicing an Animated Character. Too many of my friends say I remind them of an escaped Muppet. Though the recurring theme of my life is looking for ways to avoid being in front of a camera, I would love to play around with voice options for helping pixels come to life. 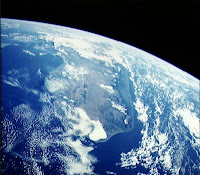 Seeing Earth from Space. When I was a kid, for the longest time I wanted to be an astronaut. I would be willing to live on ramen noodles and water for a year in order to save up enough $$ to go into orbit. But even that probably wouldn't be enough for a down payment on a waiting list. Maybe there'll be a space-travel-for-starving-writers option before I die and become the stuff of stars... (Photo from NASA. Wish it was from my own camera...)

Riding the Pan-American Trail. How cool would it be to take a horse all 15,000 miles from Alaska to Tierra del Fuego? This clearly falls under something that I would have to make happen. And with my responsibilities as mom, spouse, bread-winner, etc., heading west to go for a lengthy ride seems the teensiest bit self-indulgent. ("At 50 miles a day, it should take me just under a year! You guys have enough mac & cheese to last? Ok. ::kiss. kiss:: Be good. Listen to Daddy. Say your prayers. Brush your teeth. I'll see you when you're 8.")

Having a Personal Tour of the Vatican Archives. I'd love the opportunity to just -- inhale -- all that history.

Swimming in an Antarctic Hot Spring. I almost didn't put this on here, because it's technically on my Life List. Someday, I swear, I'll sit in the hot springs on Deception Island. Just so I can say I did it.

Hearing Bon Jovi or Loreena McKennitt Sing One of My Songs. Or provide the soundtrack for a movie I wrote. That would be good, too.

Start a Global Goals-for-Charity Movement. My friend Kelly Smith and I are developing My Goal Posts, a site that encourages people to articulate a major goal, break it into bite-sized parts, and support their favorite charitable cause as they strive to make their goal reality.

It would be beyond cool if the idea would take off. It would be a painless way for people to make their dreams make a difference. I would like to be a part of that.

I could go on. Maybe another time I'll add to the list.

How about you? What's on your STWBCiiH list? Dreams, as you know, are free for the taking... Here's hoping that the best of yours come true.
Posted by Ami Hendrickson at 5:45 PM

Love your "cool stuff." You have an amazing list! Love it. I like the idea of "My Goal Posts" too.

I love your STWBCiiH list. There are a few items on there that I'd like to try, too! You never know, put it out there into the Universe and the Universe just may smile upon your dreams. It does happen. Believe me, I know. Let me know when My Goal Posts is ready. I'd love to be part of anything that makes the world a better place!