WunderGuy vs. the Brain Tumor 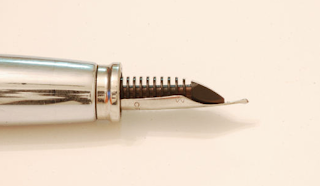 I haven't posted in forever.

According to conventional wisdom - as well as a few friends in the publishing industry - prospective agents and editors worth their salt will Google my name and see that I fell off the interweb's radar at the end of 2015. (Except for Twitter. My sweet obsession. Ah: Twitter. I wish I could quit you...) My radio silence could cause them to question my commitment to building my platform. And this would be bad! Maintain platform! Must brand! Blahty-blahty blah.

I've been meaning to write. For months. Really. But, well-- things this year have been... complicated.

It didn't seem right to post writing-related stuff because 1.) I spent the first half of the year working on a Top Sekret project for one of my VIP clients, which I can't talk about, and 2.) I've been dealing with the day-to-day of life-and-death and that makes practically everything else pale in comparison.

As for the whole life-and-death thing -- I just didn't have the energy to post about that. Back in January, too many things were up in the air, with too many unanswered questions. Writing about it seemed opportunistic, somehow. And too damned depressing.

I started blogging in 2005 as a way to keep friends and family in the loop about a Major Medical Adventure that necessitated, among other things, a drive from Michigan to California and back again.

Now, 7 months into 2016's Major Medical Adventure Redux, though many questions still remain, perhaps the time has come to revisit my blogging roots. So many people have asked about WunderGuy and his continuing battle with the Brain Tumor of Doom (I call it "Fred"), so, without further ado, heeeeere's the update: 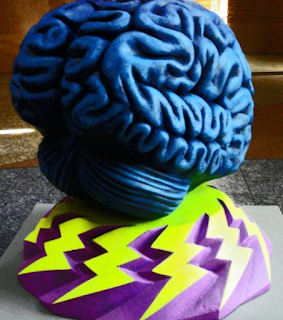 Last year, WunderGuy had not one, but 2 brain surgeries. The first was to remove an atypical, fast-growing meningioma on the surface of his brain. (Likely caused by radiation in 2011 and 2012 to keep his original oligodendroglioma in check. Oh that man! Dealing with not one, but TWO brain tumors. It's like winning the lottery, only much much much suckier.) The second was six weeks later to relieve pressure and drain fluid in the surgery site.

Stereotactic radiation followed, last May, which would have been enough to make most brain tumors shrivel and die. Not Fred. Nope. Instead of sending Fred into cranial raisin-hood, the radiation made him go super-nova like a monster in a bad sci-fi movie.

Last December, right before Christmas, WunderGuy suddenly lost the use of his right side. Overnight, he went from being a little fatigued and needing a nap during the day to being unable to sit up on his own.

The tumor was back in a big way, growing so quickly that it was causing the brain to swell. Massive doses of steroids followed to get the swelling down enough for surgery.

On January 29, WunderGuy had his 4th -- and likely final -- brain surgery.

This one didn't go like all the others. In the past, he's been up and walking on his own within a day. In 2015, he was baking bread within a week of being discharged from the hospital. This year: he hasn't walked on his own since.

See, meningiomas are supposed to stay on the top of the brain, which generally makes them fairly dull, as far as brain tumors go. But Fred never got that message. Fred grows so fast and so aggressively that he followed the scar tissue from the original surgery back in 1996, infiltrating deep into WunderGuy's brain, causing all sorts of carnage.

WG's right side was unresponsive. Though he regained some use of his right hand, his right leg is still not functioning. He spent all of February in U of MI hospital, convalescing and learning to walk again. Most of March was spent in a sub-acute facility closer to home. (It's a 3 hour trip one way from our house to U of MI -- more in winter. I have named every crack in that stretch of I-94.)

He came home at the end of March able to do some minimal walking with assistance, requiring 24 / 7 round the clock care. He was making slow, but steady progress, until the end of April --

That's when we discovered that Fred was back. With a vengeance.

And Now, For Something Completely Different

WG spent May spent back in the hospital at U of MI. But this time was different. He's no longer a candidate for surgery. Or for radiation. The only thing that keeps Fred in check is massive doses of steroids. Which you can't do for very long.

So, now, we are into the wonderful world of experimental chemotherapy. Which no one -- not even the most optimistic of docs -- is suggesting will get rid of Fred, or even cause Fred to shrink. At this point, they're simply hoping to slow Fred's growth spurt down.

After spending over 100 days in the hospital this year, WG is home now. He's done all the Occupational Therapy and Physical Therapy Medicare thinks is worthwhile. He requires constant, vigilant round-the-clock care. I am his caregiver. He literally has to be told how to hold his toothbrush, or his spoon, and how to use it.  He can still feed himself, sort of. He drinks from a straw. He cannot sit up on his own, let alone stand, or walk, or use the bathroom, or take a shower. And he remains fuzzily unaware of his limitations -- so he'll roll himself out of bed, or launch himself out of his wheelchair in an unguarded instant.

On June 12, we celebrated our 28th wedding anniversary. We had a big party, complete with food and family and friends. And while it was our anniversary, the real underlying reason for the shindig was for people who know and love Robert to see him and talk to him while they still can.

He is in no pain, which is a blessing. And he's pleasant and agreeable to everyone except our 13 year old daughter, who he relates to as a 5 year old boy would relate to an older sister, constantly trying -- for some reason -- to one-up her and get her in trouble.

We've all made huge adjustments. What was the office / den, is now a downstairs bathroom. I sleep on the couch in the living room, a few feet from WG's hospital bed. A 24-foot ramp now affords wheelchair access to our home. Our daughter keeps the upstairs clean, helps with the cooking and the house maintenance. She mourns the loss of her father and I miss my husband terribly, though we both see him every day.

And that is why this is my first blog update of the year. Hug the ones you love. Tell them what they mean to you while you still can. Life is fleeting and fragile. And it's way more important than maintaining a platform or building your brand.