How To Stop Being Jealous

or: 5 Ways to Kill the Green-Eyed Monster Before it Kills You

I was consulting with a client poised on the brink of Making It Big. We were brainstorming marketing strategy, deciding where to focus our immediate efforts, and discussing how to balance book and television projects with personal appearances. 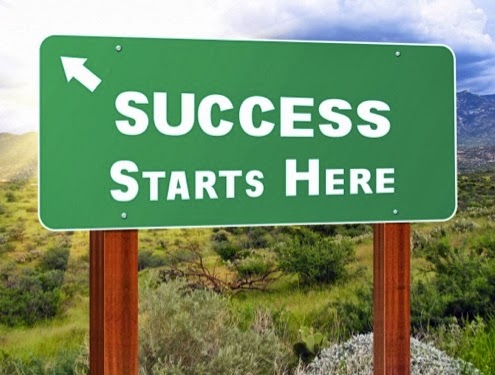 “Get ready for it to get weird,” I warned him.

“It already has,” he said, uncharacteristically serious. “As soon as I officially announced my Major Product had been optioned and was going into national distribution, long-term friends unfriended me on FaceBook.”

Before I could launch into my trademark anti-Facebook rant, he continued, “Then the phone started ringing with people calling me and my clients to rain down crap and tell me how I’m going about this all wrong... Do you know how many phone calls of congratulations I got?”

I wish I could say I was surprised.

I’ve seen it happen before: people work, often for years, with little to nothing to show for it. They amass a small, devoted army of supporters who see the potential the world has yet to discover. Then fortune finally smiles and blesses them with success on a larger scale—

And all hell breaks loose.

Oh, sure, some of the original followers applaud the achievement, reasoning (rightly) that there are special places in the Inner Circle reserved for Those Who Came First.

Launching any major project can be an all-consuming task, much as having a baby completely occupies new parents’ every micro-neuron. Those who aren’t actively involved in the launch (like those who have never been parents) can feel left out, marginalized, or forgotten. For those looking on from the sidelines – especially those who have been hoping for their own success -- it’s a very short trip to the Pit of Despair for a heaping helping of jealousy.

Jealousy has its roots in both selfishness and anger, two of the most cancerous, toxic emotions known to humanity. It is also one of the most ironic of emotions. Giving in to jealousy is like drinking poison and expecting someone else to die. Jealousy kills relationships because it destroys the person it originates with. It virtually eats you alive.

So, how can you kill the green-eyed monster before it ruins you? Some suggestions: 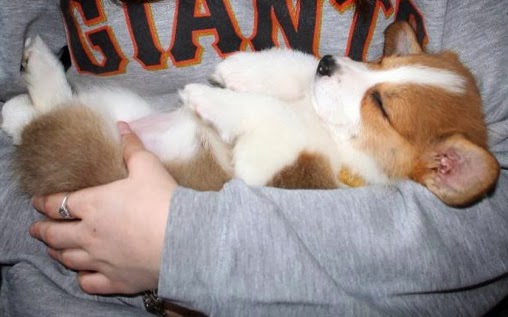 1.)  Practice Contentment. I’m not talking about a forced, false happiness. Contentment is different. It’s not giddy. It’s not out of control. It’s a quiet, calm joy that can be found in any life at any time, if one looks for it.

Pet a dog. Eat something warm from the oven. Listen to your favorite musician. Watch your favorite movie. Be grateful that you can see, or hear, or smell, or taste. Do something you genuinely enjoy and savor the experience. One of the best ways to avoid being jealous of someone else is to do something that feeds your soul instead of sucking it dry.

2.)  Avoid the Death-Trap of Comparison. Comparing yourself never ends well. In the best case scenarios, you come out on top, making you feel (and therefore act) superior. Which usually results in general asshattery. Worst-case scenario – you come out with the short end of the stick, which only beats the green-eyed monster and irritates him.

Everyone is different. Everyone has different strengths and weaknesses. Every character has a different arc. But everyone is the hero of his or her own story. Your only job is to be the best version of you possible. 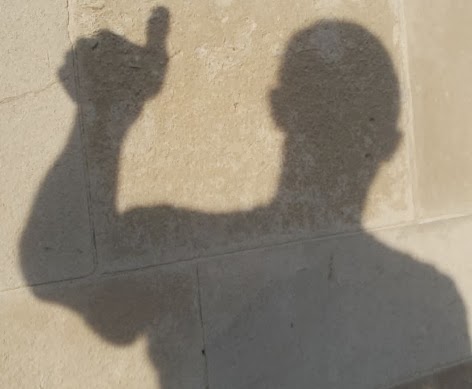 4.)  Resist the Urge to Scourge. Do you hate to read success stories? Does it just grind your tonenails into dust to read about successful debut novelists? Or spec script sales stories? Or "how I met my agent" or "how I met my husband" match-made-in-heaven stories?

There is no quota of successful people on the planet. Just because someone else has achieved a goal you've set for yourself doesn't mean you can't still make it.

We're all climbing the ladder of success. Beware of the temptation to mock those who are perched above you. Not only is karma real (how do you want people to react to you when you reach that rung?), but actively denigrating others does nothing to build you up. On the contrary, it saps your creative juices and punts you into the Back Alley Bully camp. Ick.

If you truly loathe others' success, then you are only sealing your own fate. Self-preservation refuses to allow us to become something we hate. Those who hate rich people will never be wealthy. If they were, they would have to hate themselves. In the same vein, those who begrudge another person's success are virtually guaranteeing they will never achieve anything comparable.

I had an interesting chat on Twitter this past week with a screenwriter who has just released his first novel. His book enjoyed noteworthy success, cracking the Top 100 of its genre on Amazon...  incurring the anger of the ‘Zon trolls.

Someone posted a hateful, spiteful, vitriol-infused rant disguised as a “review” of his book. When the novelist responded (NOTE: never engage the trolls. Any attempt at rational discourse only infuriates them.), the troll brought out a gang-bang of his cronies -- each with the sole purpose of defecating on the writer's success. Fortunately, the novelist was too smart to take their poo flinging seriously. But that doesn't mean such crass behavior doesn't stink.

5.)  Work. If All Else Fails -- Work Harder. An excellent antidote for allowing jealousy to overcome you is to immerse yourself in a pet project of your choosing.

Get to work. Focus on creating something that enriches your life and makes you proud. Hone your craft. Challenge yourself to grow even more adept at the skills you need. Not only will this help refocus your energies on something positive (thus starving the green-eyed monster), but it will also help set the stage for your own -- imminent -- sweeping success.

Posted by Ami Hendrickson at 9:04 PM No comments:

Faith Conroy is my hero.

Not because for the past two decades she has had steady work with the likes of Redford, Costner, Cruise, Witherspoon, Woo, Hopkins, Branagh, Whedon & other notables.

Not because she's a girl from the east who has carved a niche for herself as script supervisor for big studio films in L.A.

Not because she knows how to ride and has written a true-to-life film about horses.

Not even because in a few weeks, she'll be traveling cross country in a bus with the likes of Skeet Ulrich and Christian Kane. (OK, maybe a little bit because of that...)

The reason Faith Conroy is my hero is simple: she refused to buy into the ageism and sexism everyone says abounds in the film industry. Perhaps even more impressive, she didn't allow herself to be constrained by a career box. After years of supervising other people's screenplays, she co-wrote a script of her own AND helped to produce it as well.

She got involved, took the reins, and got the movie made.

No matter how you cook the film industry stats, they show dismal career opportunities for women. According to the Huffington Post, screenplays written by people without a Y chromosome accounted for less than 10% of spec script sales from 2010 to 2012.

But my heroes don't let the odds tell them what can't be done. They saddle up, get their cowboy on, and ride.

Conroy teamed up with Oscar-winning producer Jim Wilson to make the independent feature 50 to 1 -- the true story of Kentucky Derby underdog Mine That Bird. Now that the film is finished, she is personally involved in promoting it and helping it find an audience -- things that only further elevate her in my Halls of Heroes.

Which brings me to that cross country bus trip...

The entire cast and crew of "50 to 1" have taken time out of their schedules and money out of their pockets to literally go on tour together. Starting in March, they're going to board a bus in New Mexico and make whistle stops across the country as they head toward Kentucky.

These days, it's easy to swallow the lie that the only way to "make it" is to sell a piece of yourself. But Conroy, Wilson, Kane, Ulrich & the rest of the tour are trying out a new paradigm. They're going to break through by giving of themselves.

They don't have a big studio backing their promotional efforts. Ten Furlongs LLC, the production company & distributor, exists solely because of this film. They don't care that the odds are stacked against them. They're going to do it anyway.