April: Get Your Poetry On #PoemMo

I'm not sure exactly what that means, but I envision throngs of people surrounded by stacks of books, imbibing massive quantities of coffee and alcohol, waving their hands while they talk, passionately discussing a word, phrase, or concept that moved them. Of course there is music. And -- since this is *my* fantasy -- chocolate.

Poetry isn't something reserved for the literati. It's not removed from reality. On the contrary, it interprets the world around us in a way that mere prose and conversation cannot. Poetry powers our songs. It connects the dots between disparate things, linking them in ways we'd never previously considered so completely that we can never completely see them as separate them again. 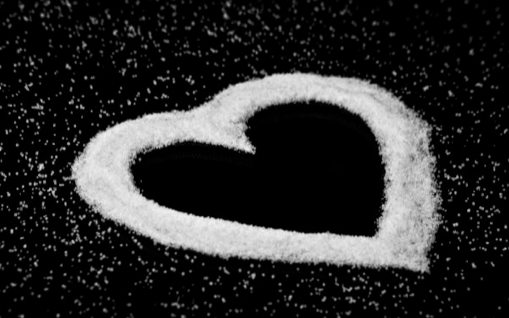 What's your favorite poem? Is it a song lyric that speaks to you? What turn of phrase calls your name?

In honor of National Poetry Month, during the month of April, share with the world the poetry that moves you. Why not brighten other lives with something that enriches yours?

Posted by Ami Hendrickson at 12:36 PM No comments:

The Snap-On Man vs. Shameless Spam

Or: Why Advertising Trumps Spam

A few years ago, in a two-day Fencing Extravaganza, we put up a new fence around several acres of pasture. During construction, we had a little glitch. The main hydraulic hose blew in the Al-the-Fencing-Guy's skid loader (which he used to do everything from pound 8 inch posts directly into our concrete-like clay without pre-drilling holes to stretching the high-tension wire).

When I say the hose blew, I don't mean that it sprung a little leak. No -- it exploded in a frayed mass of steel reinforcements and sprayed hydraulic fluid everywhere.

Since Al's an Amish man, he doesn't drive -- so I took him for a nice tour of Coloma, Watervliet, and Hartford in search of a replacement 1 3/8" hydraulic hose with appropriate couplings. We found a place to get one made.

Then we went looking for a comparable-sized offset wrench to make installing the hose go faster and easier. It was a Wednesday, and we were told that Wednesday was the day for the Snap-On man to be in the area, but no one was sure where to find him.

As we were stopped at the light in Watervliet, what should we see but the Snap-On truck!

The truck had a phone number boldy emblazoned on it, so I followed it while Al called the number on his cell phone. He got hold of the driver (!) and explained what we needed. The guy very kindly pulled over and let us see if he had what we wanted. Presto: the guy made an easy sale just for driving his truck through an intersection -- and answering his phone.

Just the other day I was talking to a friend who is an absolutely TOP photographer. She's amazing. She has made quite a name for herself in our little area, but she could be so much bigger. Her eye for detail, and her ability to photograph people with genuine, beautiful, flattering expressions really set her apart. She would like more work. Yet she's reticent to advertise.

She is not alone.

So often, writers and others in creative fields are afraid to advertise. We don't want to "blow our own horn" or seem pushy or brash. But what we fail to take into consideration is that we offer a very real service that many people cannot (or don't want to) do for themselves.

In a sense, we owe it to our potential clientele to tell them our services are available, and to give them a way to contact us. Just like the Snap-On man.

See, contrary to popular opinion, advertising doesn't involve letting people know what you do or what you've done.

(I realize this statement flies directly in the face of many writers -- and plenty of publishers -- on Twitter and Facebook who are forever shilling about *their* books.

My feeds are craptastically clogged with writers posting links to their latest reviews, or their books' trailers, or random quotes from their books. Occasional self-promo is fine. It's even encouraged. However, if the only topic that ever shows up in your feed is YOUR BOOK, you're committing an unforgivable, egregious social boo-boo. This is not advertising. This is visual vomit. This is shameless self-promoting spam.)

Advertising, done correctly, is not telling others about yourself or your product. Rather, it tells people what you and your product can do for them.

Effective advertising engages the audience on some level.

It provides a service.

It gives people fodder for conversation, or makes them laugh, or solves a problem they're having (whether they know it or not).

Sometimes it even causes people to call you up in desperation and chase you down so they can buy what you're selling!

A few questions to ponder:
What advertising have you seen that you found most effective?
How do you respond to incessant social media spam?
How does your advertising encourage people to connect with your product?
Posted by Ami Hendrickson at 6:44 PM No comments: