My friend, blogger, writer, and fellow #Write2TheEnd facilitator Kim Jorgensen Gane, of GANE Possible, invited me to participate in this blog hop, in which writerly people discuss writerly things. I am honored to be included.

Being a part of such a blog hop is a great excuse to be able to talk about one's own writing. ("I didn't ask the questions! They did!")

So, for those of you who've been wondering what I've been up to -- especially if you follow me on Twitter and see me posting pictures of falcons, researching the history of crossbows, and talking about the crazy crush I've developed on the character who was originally the novel's antagonist, but who looks (in my mind) so much like Christian Kane it's impossible NOT to love him -- come, hop with me!

1.) What am I working on/writing?
My current project is an epic historical fantasy set in pre-Arthurian Britain. "Before Camelot, there was Shalott."

KNIGHT FALL -- the tale of a good guy who goes bad, a bad boy who tries to be good, and the women behind the scenes who are pulling their strings -- is the first of three books in the series.

Finishing the trilogy is my top priority for 2014. If I don't, several longsuffering beta readers who have been waiting for this story have sworn to lynch me.

2.) How does my work/writing differ from others in its genre?
I rarely write characters who are black and white. I'm more interested in the subtle, seemingly insignificant, everyday happenings that can tip the balance of allegiance. History in hindsight often follows a path that seems clear and true. But to those living through it, their choices are much murkier.

My writing spends time with the people who don't realize (and, if I do my job right, neither does the reader, at first) how much hinges on every decision they make. I want to tell a story that explains the origin of legends we accept as canon. That involves focusing on the people relegated to the shadows at least as much as those who have stolen the limelight.

3.) Why do I write what I do?
This project began as an obsession with Tennyson's poem "The Lady of Shalott." First, I wrote the screenplay, focusing on the tale of star-crossed lovers -- a damaged knight on the edge of legend, and the imprisoned girl who holds his heart.

But the story stuck with me and insisted on more attention. So I spent a NaNoWriMo November turning script into novel, which resulted in 80,000 words and the realization that I had enough story for three books. The project overwhelmed me because I didn't have the time to dedicate to it, so I shelved it while I wrote a few books for clients and edited a major project for the USHJA. But my medieval characters -- especially the aforementioned antagonist, who has now commandeered a starring role in the entire series -- wouldn't leave me alone.

Why do I write what I do? Because I can't shake it off. I can't shelve it. The characters in it are as real to me as people I know. And I'm the only one who knows their story. If I don't write it, no one will.

4.) How does my writing process work?
My process is different when working on contracted projects for other people. But I'm going to answer this question solely with regards to working on my own, "spec" stuff....

At the beginning of the year, I made a resolution to dedicate a portion of my time every day to working on my own writing projects.

This may seem like a no-brainer ("A writer writes!"), but it was the end result of a difficult, soul-searching process. See, I write a lot. All the time. Much of the day. But I had allowed working on others' writing projects -- helping with research, or brainstorming, or editing, or book-doctoring, or mentoring, or muse-ing -- to take precedence over my own writing.

One day, after working for eight uninterrupted hours, I realized that I had put in many eight-or-more hour days over the past few months, but hadn't written Word One on my novel. I talked about it, made copious notes in the wee hours of the morning when my characters interrupted my dreams and insisted I pay attention to them, and dreamed of that wonderful day when I would have nothing to do but write.

But that day never came. If I allowed it -- and for the greater part of the past few years I have allowed it -- I spent my creative energies helping other people solve their writing problems instead of working to solve my own.

I wrestled with the question through most of the last holiday season. It took me weeks to finally hit upon the reason:


Working on my own writing was fun. Really fun. And for some inexplicable reason, I had allowed myself to make "fun" synonymous with "not important." Therefore, I was only allowing myself to do it when everything else -- clients' work, laundry, meal-making, housework, chores, etc. -- was finished. Which never happened. Kind of like my writing time.

So, since January, a huge part of my process has been to reclaim my writing time, to jealously guard it, to value it, and to make it a priority.

I rent studio space (which I affectionately call The Burrow). The space is mine, all mine! It contains only items directly related to my current project. Every single thing within its walls pertains to my work in progress.

I start the day old-school, with a cup of coffee, a pad of paper, a pen, and my dog at my feet. I write out my next chapter longhand, as long as the muse strikes.

(I have learned that I am weak and the internet is my kryptonite. If I come to work and immediately fire up the computer, as I used to do, hours can evaporate as I check my emails, get on Twitter, and follow the various rabbit holes of social media. Since I know my own weaknesses, I choose not to feed them. I will not get on my computer until I have at least one whole chapter written down. Then, if I fall down a rabbit hole, at least my day has been productive, and I have dedicated the best part of myself to my writing, instead of watching YouTube videos of funny dogs.)

So far, this process is serving me well. I'm making regular, solid progress on the book, and am loving where my characters are taking me. As the school year comes to a close, I have already informed my family that I will keep my writing schedule during the summer. I refuse to let my commitment waver. I am blessed to have their support. (My husband is an alpha reader, which helps, because he keeps clamoring for the next chapter...)

I guess my short answer to the question is that the biggest part of my process is making my writing a priority.

I am thrilled to pass the Bloggy Hoppy torch to YA fantasy writer Alyson Peterson (@crzywritergrl) and crime novelist Marguerite Ashton (@msashton_writer). Check out their posts next Monday, Memorial Day, May 26. 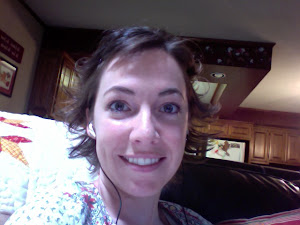 Alyson Peterson is an amazing writer, with acerbic wit and snappy snark to spare. (She's also a fabulous artist, but that's another story...)

She writes about wizards and displaced heirs and interplanetary mayhem and magical horses. If you like young adult urban fantasy, you should be clamoring for a publisher to discover Alyson and get her books in print -- STAT! My 11 year-old daughter is an avid reader, who ranks Alyson's books right up there with Harry Potter and the Warriors series. Seriously. She's that good. Someday you'll see.

In the meantime, while she's waiting to be discovered, she blogs about life at Dirty Green Jello. Go check her out. She's aces. 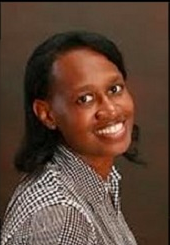 Crime writer Marguerite Ashton is a founder of the popular blog Criminal Lines and Co-founder of the Crime Writers’ Panel. There, she works alongside Joe Giacalone with other panel members to educate writers on the importance of showing accurate portrayals of criminal investigations and law enforcement procedures in their novels.

A member of Sisters in Crime, Marguerite grew up in Colorado, but now resides in Wisconsin, where she is currently working on her next book. (Which I've read and helped edit. You'll love it! I promise!)
Posted by Ami Hendrickson at 9:06 PM