Note: I hope you're reading this out of sheer morbid curiosity, and not because a panicked search for "MY PUBLISHER IS CLOSING! WHAT THE HELL HAPPENS NOW?" brought you here.

Early in January, a small publisher that published ebooks and paperbacks made me an offer of publication.

My immediate reaction was. “YAAAAAAYYY!” Which was followed almost immediately by hyperventilation and a search for a small paper bag.

Though I was thrilled to be offered publication -- that great golden ring that often feels so elusive to those of us writing in the spec trenches -- I didn't want to sign a contract in haste. Book publishing is a business. I wanted to make sure I was making a good business decision.

So I did what any sensible writer would do. I drank a pot of coffee. Then I did my research.

First, I read the contract I was offered. I made sure I understood the terms, the royalty structure, the rights I'd be granting, the termination clauses, and the duration of the contract. I compared the contract with contracts from other publishers. And I sought some professional legal advice. No red flags waved in front of me.

Next, I looked up the publisher to see if it was mentioned in Writer Beware, Preditors & Editors, or any other forum that warns writers away from sharks. No alarm bells rang.

Afterwards, I went to the publisher's website and nosed about a bit. I saw a site that had a few kinks in it, but nothing that couldn't be worked out. (I've worked as social media consultant for small presses in the past. I know what growing pains look like.) I liked that they had more than just a stable of two or three authors. I liked that their cover designs showed progressive improvement. I liked that their website was constructed to appeal to buyers. (Publishers' sites that try to lure would-be authors are a sure sign of sharks in the water.)

I also went to Amazon to see how their books showed up in the world's largest bookstore. I looked at their editing, proofreading, formatting, cover design, and overall presentation.

Then, I emailed the publisher, requesting a few days to consider and asking some questions about plans for marketing, distribution, and promotion. I asked if I could speak with a few of their leading authors. They responded promptly, with answers that made sense to me, and kindly provided me with contact information of several authors.

My next step was to ask advice from World's Coolest Literary Agent (not mine. yet.) who has a different manuscript of mine under consideration. I told her what I'd been offered and shared the results of my research. She generously made time to make observations and gave some sage "off the record" advice, for which I will be eternally grateful.

I weighed all the pros against the cons. In the end, I determined that -- for me -- the strengths outweighed any weaknesses of the offer. So I signed.

I diligently edited and sent the manuscript. A kickass cover was designed. I started spreading the word of the book's imminent release. I even found an awesomely talented director to do the book trailer.

And then... I noticed that the publisher had gone dark. Silent. No Twitter updates. No response to email. Nothing.

Now, don't get me wrong. I know that the publishing world is one that often turns very slowly. One manuscript spent the better part of a year in the hands of an agent before she made a decision (one that required near-catastrophic self-medication with caffeine and chocolate. I may never be the same...). So I'm not one to panic if a publishing pro is incommunicado for a few weeks. 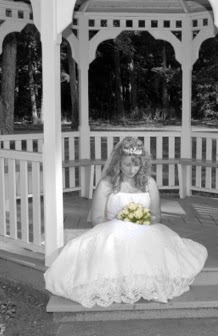 And yet -- as the initial publication date rapidly approached, and still no contact, I grew concerned. Something didn't feel right. I contacted some of the publisher's other authors and discovered that my fears were true: last Friday, the publisher announced (to them -- not to me. STILL not to me) that it is closing, due to health reasons, effective May 1. Contracts are void. Authors are left high and dry. Don't let the door flap our fannies on the way out.

I am luckier than some. My book never actually got printed. It's still virginal and pristine. At least two authors whose books are already published are wondering how, when, and if they will receive the thousands of dollars in royalties owed them.

I understand that small publishers are often only one- or two-person operations. I wish the owner of my former publisher all the best and hope her health improves. But that doesn't change the fact that I'm hitting the query mines again when I'd hoped to soon be celebrating my publication day.

And yet... writers are by nature optimistic. If we weren't optimists -- committed to our work, believing in our stories, and stubbornly convinced that others exist who will love what we write as much as we love writing it -- the sheer volume of rejection that inevitably accompanies a writer's career would chew us into dust and spit us out in a graveyard of broken dreams.

Perhaps I am deluding myself, but the career curveball of my publisher closing may be a blessing in disguise. God has a strange sense of humor. I have a little experience with such things.

I present Exhibit A: The Case of the Missing MRIs:

In 2005, while I was under contract and on deadline for Geoff Teall's book, WunderGuy was working in Los Angeles when he developed serious medical issues. Along with uncontrollable seizures, he had a complete break with reality, vivid hallucinations, forgot he had a child... the whole 9 yards. UCLA examined him and determined he needed brain surgery. Again.

Since his insurance was an HMO in California, we found a surgeon at UCSF and came home to Michigan to let him recover, to regroup, and to plan a trip out West. I mailed all of his MRI films to the neurosurgeon in San Francisco. And the films promptly got lost. 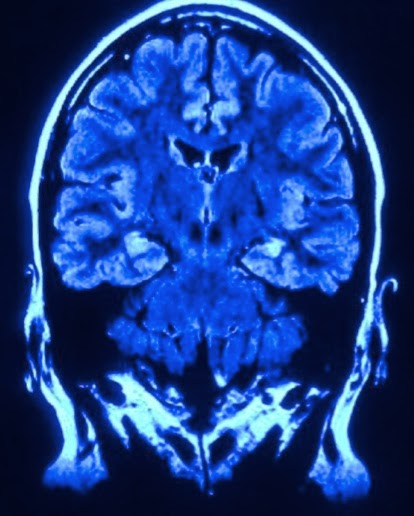 The Post Office had delivery confirmation, but to UCSF, not to a person.

The films were lost for over a month! (Some of them were ten-year old originals. This was before DVD MRI's were common.)

Finally, after a month (during which time WunderGuy stabilized and we got his seizures under control -- and he remembered our daughter existed), we learned the films had been found.

So... we geared up and went out west, expecting to undergo surgery.

When we got there, they spent an entire day prepping him, examining him, shaving his head in a few places and sticking these green Lifesaver-like things to his scalp, so they'd know where to drill. Then they told us to get a good night's sleep. As if.

On our way to the hotel, with less than 8 hours to go before the procedure, the doc called. He'd looked at the scans again, with another neurosurgeon, and both of them agreed -- the "tumor" wasn't what UCLA thought it was. It was scar tissue from WG's earlier surgery (10 years before). No new surgery warranted.

Turns out, one of the things that tipped the neurosurgeon off was the fact that WunderGuy had stabilized for several weeks. Had the scans not been lost, he wouldn't have had time to stabilize, and they would have happily opened his head up.

We later discovered the real reason for his troubles wasn't a tumor recurrence. It was an extreme allergic reaction to new meds, which took nine months to work their way out of his system.

Now, I happen to think those lost files was God making sure WunderGuy didn't have unnecessary surgery. He moves in mysterious ways. (Feel free to disagree with me. You won't change my mind.)

Oh -- and the missing files? They were *literally* down the hall in another department -- Epileptology. Where, oddly, we had to go, since he didn't have surgery.

How does this have ANYTHING to do with my publisher closing (or yours, for that matter)?

First, I can console myself that, as bad as this is, it's nothing compared to brain surgery.

And finally, the optimist in me is confident that -- just as with the Case of the Missing MRIs -- this may be a mighty blessing in disguise. If it is, then better things are just around the corner. It would be foolish of me to complain...

Onward and upward!
Posted by Ami Hendrickson at 11:50 AM

Oh, my, Ami! That's a lot. Let me just say: you're stellar for being an optimist. Many blessings to WunderGuy and you. And here's a virtual ((hug)).

Hi, Stan,
Thanks for commenting. And for the hug and the blessings -- always appreciated. Life is just one long dress rehearsal. Better things are on the horizon! :D

You are super awesome, Ami. You are inspiring and very awesome. Hang in there and keep it up!!

Awww. ~blush~ You flatter me. You're pretty awesome yourself, my dear! :D