Why You Shouldn't Be Embarrassed About Your Art

I'm not your average television & movie watcher. Ask anyone -- especially WunderGuy and BFF -- and they'll tell corroborate this. I'm a bit... odd.

For me, watching a movie or TV show is a communal experience a la "Rocky Horror Picture Show" or "MST3000."

I don't always kibbutz, mind you. IMHO, viewing a movie in a theatre that includes actual other people in the audience mandates the STFU rule.

I *can* be quiet. It's just not as much fun. If given the opportunity and a suitably open-minded viewing buddy, I'll comment on the script writing, the character development, and remark on the casting choices. I'm especially adept at offering unsolicited (and generally ignored) advice to the characters.

I notice when parts are cast well and pay what some would say is an inordinate amount of attention to the bit players. I'm one of those derps who notices when the same group of people start showing up together in movies or in several series -- positing that they all have the same agent who offered a package deal if three or more clients were hired.

When I find an actor or actress I like, I'll go out of my way to watch everything they've done -- with a few exceptions.

I watch so many movies that it's always nice when I find someone new whose work I admire because it generally gives me a whole list of new things to see. I've watched the careers progress of some fabulously talented people that way & found some movies I like that I would never have seen otherwise.

Case in point: "The Lion, The Witch, and the Wardrobe" jumpstarted my James McAvoy obsession (which really never went away -- I think the man is Ah. Maze. Zing.)

So I watched everything he'd done up to then, including "Shameless," "Rory O'Shea Was Here," "Children of Dune," and the never-seen-anything-quite-like-it "Strings." All of which I would probably have missed. All of which I now own. All of which introduced me to even more people whose work I admire...

Like, fer instance,  the uber-talented Paul Abbott, whose writing I fangirl-squee *adore.*

When I watch "the early days" of a performer, I'm quite forgiving. I understand that though the raw talent may be there, it sometimes takes time, experience, and resources to hone it into something brilliant. But often, there is still a spark of "WOW" even while the craft is still developing. 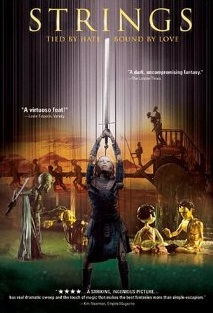 That's why I'm always happy when a performer I like breaks out and hits the big time. It generally means that the stuff they did "before they were famous," that's been sitting on the shelf doing no one any good, will finally see the light of day. Not only does it give fans a chance to watch a star develop his or her glow, but it also allows other actors and directors who are still waiting for their break to enjoy some recognition.

For these and other reasons, I get a wee bit chuffed when I try to track down an earlier project of a pre-stellar star and can't find it. It's downright selfish, if you ask me.

The most blatant example of this I've encountered in a while is the director who responded to a fan who contacted him about one of his short films featuring Darren Criss before he went nuclear:


"It's... a film that I'm very embarrassed about having made. So, for now, it'll stay under lock and key. Unless I can convince you to buy it for an amount that will finance my next picture..."

He then attempts to extort $500K! (Frankly, given the number of Criss fans, all the director has to do is run a Kickstarter campaign with copies of the short as incentives to those who donate, and he'd probably raise his half mill.)

I don't understand this kind of thinking. But I am not a director. My friend Paul, who is a director, explained it to me.

"No one in the industry cares about growth. All they want is perfection. Several of my short films that have won awards I would *never* make available," he said. "Online or on-demand. I want people to hire me for major features. Some of the shorts I made were Make-A-Movie-In-72-Hours contest films. I don't want those out there as examples of my work."

"Even if your lead actress suddenly becomes Miss Universe?" I asked. 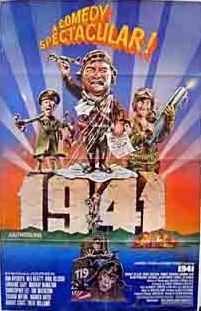 I still don't get it. These days, when people feel compelled to post videos of their farting dogs and epic skateboard fails on YouTube, the concept of "being embarrassed" seems as anachronistic as releasing a new EP on 8-track tape. I especially don't understand the mentality of those who are embarrassed by a creative project they once did.

See -- art is never perfect. It's not. Dance. Acting. Music. Writing. There will always be something you could have done to make the piece better. Sometime you will kerfluff a performance altogether. Sometimes you will crash and burn.

But that doesn't mean you should be embarrassed. Even Spielberg has a 1941 to his name. And that's OK.

Thanks to Hollywood and to our judged, televised, talent shows, we have come to the place where we feel compelled to be perfect every time. Which is, of course, impossible. Even if you're Matt. Or James. Or Darren. Or Steven.

No one is perfectly perfect. And the more you insist on your own perfection, the more you will squash your creative muse into a box that is too small, that smells funny, and that stunts its growth. As your skills grow, your art will inevitably change. Hopefully, you will improve. What you create as a mature artist will, quite possibly, eclipse what you do in your early days.

But never let anyone tell you your early work has no merit. You never know: perhaps your raw, unformed talent will speak to some people in ways that the stuff done with mastery and control never could.

In any case: it's art. It's the creative equivalent of your child. Once you've created it, it exists apart from you.

Make no mistake: I'm not suggesting that you shouldn't sweat blood while in the creation phase. By all means, do your best with whatever project you are working on at any given time.
Then set it free.

Move on, unencumbered by regret or worries about how what you've created reflects upon you. Keep your eyes fixed forward, looking toward your next challenge. Allow what you've done in the past to remain in the past, testifying to how far you've progressed, forming the foundation for the great things to come.

What do you think? Does anything you've created embarrass you? Why or why not? I'd love to know.

Posted by Ami Hendrickson at 6:40 PM

Thanks for the kudos. Glad you agree! Here's to a long, embarrassment-free career of artistic endeavors! :D