or Why Writers Should Shy Away from Signing With Death

WSJ's piece, written by Katherine Rosman and Lauren A. E. Schuker, is the kinder, gentler one. With some puzzlement, its final paragraph states, "There is still residual hostility toward Mr. Frey" for his 2006 antics in which he wrote a work of fiction and told the world it was true.

One can almost picture the WSJ staff scratching their heads at such ill will, for the rest of the piece focuses primarily on his financial successes ("His debut book... was named Amazon Book of the Year and has sold eight million copies in more than 30 languages") and on namedropping his current affiliates (Michael Bay, Stacey Snider, Steven Spielberg... The list of luminaries goes on and on.).

The article explained how Frey trolled prestigious MFA programs in search of drones to do his dirty work writing. It painted a word portrait of a man who was intemperate, unapologetic, charismatic, and ballsy. It evoked nothing so much as a mental image of the Wicked Witch of the West auditioning flying monkey minions. 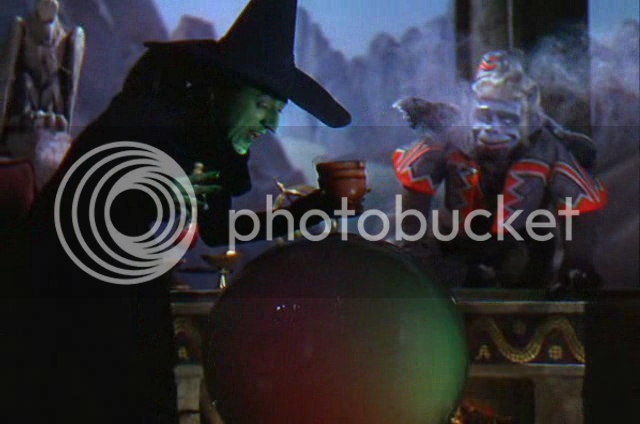 According to both articles, Frey is looking for talented writers to work for next to nothing creating content that he oversees. The contract they sign specifies that they will be paid in peanuts 2 installments of $250 each, if they're lucky. It also says that the writer's name may or may not appear as author and that Frey owns all content created for his company.

Understandably, the pieces provoked significant discussion among the publishing pros (writers, agents, publishers, and editors) I follow on Twitter. While all agree that Frey isn't technically doing anything illegal, few are condoning his actions. For it is painfully obvious to anyone even remotely affiliated with the publishing industry that Frey's business model is just the sort of thing your mother warned you about when you said you wanted to be a writer.

We writers spend much of our time writing words that will garner more rejection in a single month than Big Bang Theory's Howard Wolowitz will have to endure in a lifetime. So when someone comes along and suggests that we have talent, that he believes in us, and that he will get us published, it's enough to make us beg for a pen so we can sign a deal with the Devil Full Fathom Five.

Ah, how we imperil ourselves and our careers when we forget the classics. Of course, the whole situation smacks of Faust. But the name of Frey's company alone should engender feelings of panic and the desire to wash oneself thoroughly with germicide. It should sound nigglingly familiar to any writer worth his or her pay. For Shakespeare coined the phrase before Frey used it. In The Tempest, Ariel sings:

Full fathom five thy Father lies,
Of his bones are coral made:
Those are pearls that were his eyes,
Nothing of him that doth fade,
But doth suffer a Sea-change
Into something rich & strange.
Sea-Nymphs hourly ring his knell:
Ding-dong!
Hark! Now I hear them, ding-dong, bell.

In other words: Dad is dead and lost in the depths of the sea.

Which is where your self-esteem, your credibility, and, in all probability, your writing career will end up if you sign on Full Fathom Five's dotted line.

(In case you misunderstand me, I'm not at all against write-for-hire agreements. I have some experience with them, you see, and they have served me and my career well. Tomorrow's post will explore this topic further in "Cake or Death.")

What's your take on the Frey-for-all? Would you sign? What's the minimum amount you'd write for? Drop a comment below. But remember -- play nice.
Posted by Ami Hendrickson at 6:30 AM

Great post! I don't agree with what Frey is doing here. I think more disturbing than the pay is the fact that these writers are told there's a good chance they will retain nothing of their creativity. When I sold my series, more important to me than the paycheck (though that wasn't bad either ;)) was the fact that I'd see MY work, MY name, MY story on bookshelves. That IS PRICELESS

Amanda,
Thanks for commenting. I, too, disagree with what Frey is doing, but I tell myself that every profession has its sharks. What I find so sad is the number of talented writers who are willing to sign on the dotted line to be shark bait. If it's not certain death for any career aspirations they have, it's got to be murder on their sense of self-worth.