I attended a lovely country wedding this weekend, held at the Michigan Flywheelers, a vintage tractor museum in South Haven. In addition to having lights nestled in antique tractor hoods, their Ladies' loo features an assortment of framed vintage bathroom-specific ads.

Here's the first one that caught my eye: 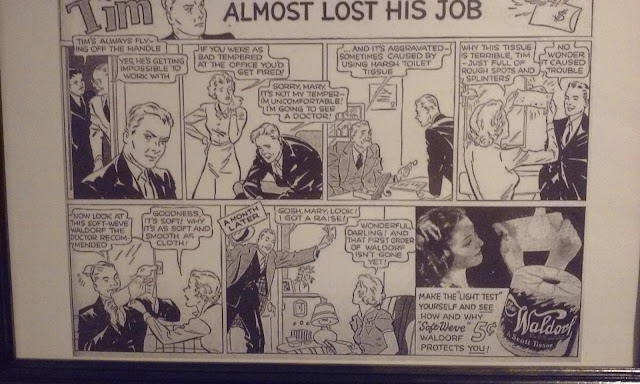 After I got past the "goshes and "goodnesses," I was left to ponder a world in which a woman had to literally show a man a piece of paper full of splinters in order for him to realize "no wonder it caused trouble." This was a world, evidently, in which providing an update on the amount of toilet paper remaining in the house was the most appropriate thing to say to someone who has recently received a raise. 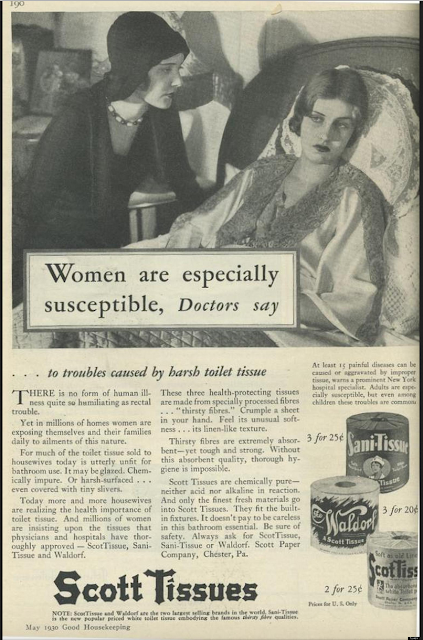 However, this ad, visible as you walk through the Ladies' door, may be my favorite. >>>

It begins with pure 1930's clickbait:

Then it hits you with the lede:

"There is no form of human illness quite so humiliating as rectal trouble."

Now, I grew up on ads featuring the hapless, slightly skeevy Mr. Whippley, who is forever telling customers not to squeeze the Charmin, even though he can't help himself from doing the same thing.

Mr. Whippley never talked about splinters. Or used the phrase "rectal trouble." Or suggested that not using his precious Charmin could cost you your job or your health.

Mr. W. was derpy, sure, but those earlier ads meant BIZNESS! And HOW!

With T.P. on the mind, I came home and mucked around on the interwebs looking at vintage loo-roll ads. As one does.

Some of my favorites include this 1940's terror-inducing PSA which puts using the wrong toilet paper on a par with an invasion or act of war: 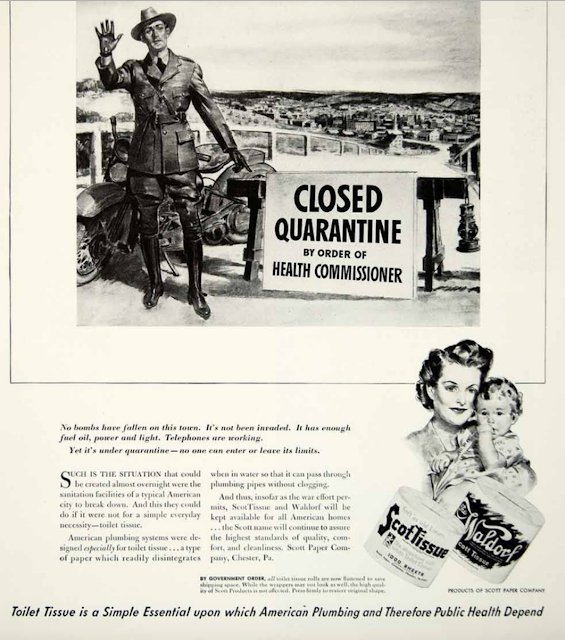 There's this gem, which makes me realize that today's advertisers don't use the word "inflamed" nearly as often as they used to: 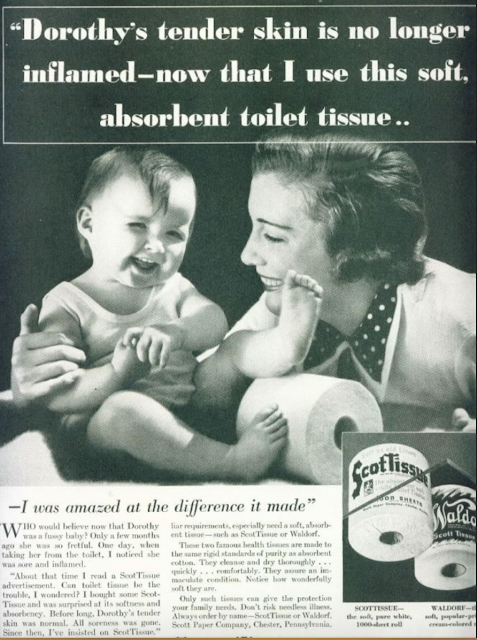 And then there's the nightmare-inducing "Mr. Thirsty Fibre" of the 1920's -- a sort of potty paper Slender Man who, inexplicably, appears to be spoiling for a fight: 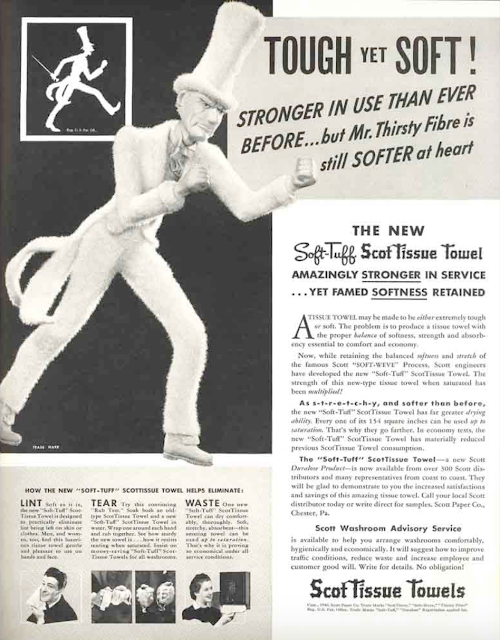 Well, Waldorf ran a whole series of those comicstrip-like ads with headings such as "He Blamed Himself After She'd Gone," "Joe's Temper Almost Broke Up Their Home," "Her Mother-In-Law's Visit Saved the Day," and "Ruth was Left Out of Everything." Each one is every bit as cringeworthy as you might expect.

But "They Used to Call Bobby 'Crybaby'" takes the ever loving cake. From "It hurts Daddy, it hurts bad," to a man who calls his wife 'Mother' -- (Gosh, Dad!) -- to the payoff of a kid who beats up bullies, thanks to the healing powers of toidy roll, it's a freaking cornucopia of WTF-ery. [A lifetime ago, I once worked for an advertising agency. I would *love* to see the statistics on the effectiveness of this particular gem.] 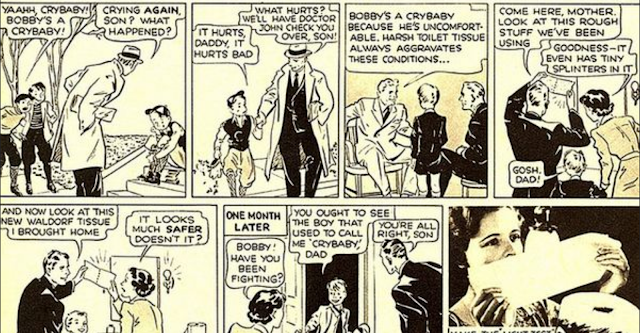 In case you were wondering, in 1890, the Scott company was the first to come up with the idea of putting TP on a roll. Before then, the product was sold stacked, much as today's tissues are sold.

In 1391, the first toilet paper ever was used -- reportedly used by the Chinese emperor. Created in sheets measuring two-feet by three-feet, the paper intended for this purpose was only available to royalty. (For more fascinating TP Trivia, check out this rather exhaustive Toilet Paper Timeline.)

These days, toilet paper ads abound. But one could argue that TP is no longer a novelty as it was at the turn of the 20th century. Nor is it full of slivers, splinters, or hemorrhoid-inducing-chemicals. It's a staple. A necessity. Which really begs the question: 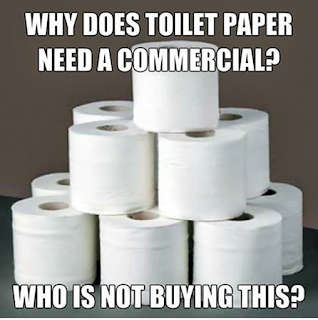 Posted by Ami Hendrickson at 10:24 PM